If we were to look at content trends on social media for this past year, or speculations toward next year, video and photography would undoubtedly rank at the top. So too would certain platforms themselves: Snapchat, in particular. But not text. No, the written word probably wouldn’t even make it onto the list.

But the written word is not as elderly as it’s made out to be. We praise the rise of video, but do you know what sorts of videos are most popular right now? Do you pay attention to the videos that pop up in your Facebook newsfeed? They have text on them. All of them. You can watch them in silence, even. The story is still being written, it’s just being delivered in smaller bites with moving pictures in the background.

The written word and the story, yes, the story still rules all.

This is something that so many people forget–and even condemn. They praise short Instagram captions like, “Beach day with my besties.” They put far more emphasis on the photo or video itself, instead of the story it is telling.

The video or the photo might be what grabs the person’s attention. But it’s the story that keeps them coming back… click for more 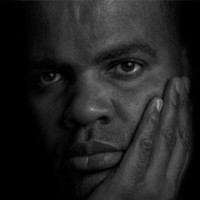